Buying A Pair Of Vegan Shoes: Here Is What You Should Consider

As you’ve probably noticed, the vegan movement has grown incredibly popular over the last decade, and as numbers continue to grow, more and more traditionally non-vegan companies are offering vegan-friendly alternatives to the general public. When we think about veganism, we often first picture plant-based, non-animal derived foods and beverages.

Whilst it is true that most vegans begin by focusing on diets, those that are even more committed to the lifestyle will change the way they shop and the way that they dress. Vegan-friendly clothing is gaining momentum on a mainstream level, and there are now more vegan-friendly fashion brands and manufacturing processes than ever before. 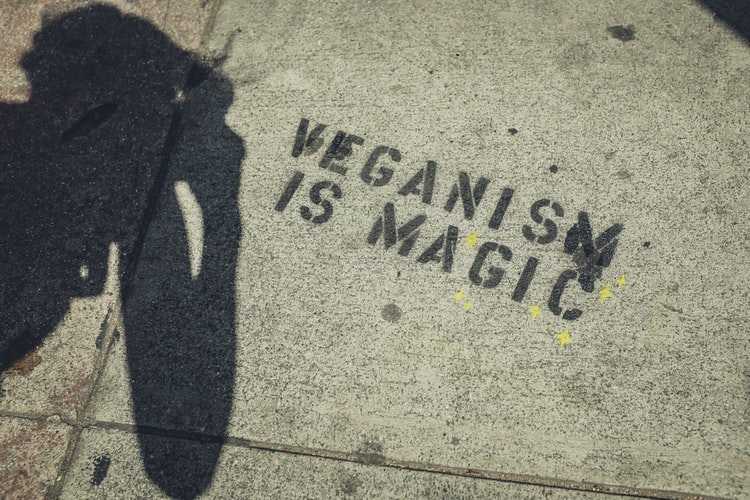 Put simply, veganism is a way of living life with the primary objective to exclude, as thoroughly as possible, any and all forms of cruelty and exploitation to animals, humans, and any other living sentient beings for that matter. This is primarily through dietary and fashion choices.

What’s interesting is the fact that there are many different ways of living a vegan lifestyle. Some vegans for example, will only focus on diet, whereas others also only wear vegan-friendly clothing. Some vegans will even commit to a cruelty and exploitation-free vegan lifestyle. Whilst there are different ways of living a vegan lifestyle, the basic premise of veganism is to avoid eating, wearing, or using, any products derived from animals, or obtained as a result of cruelty or exploitation to other living beings.

A brief history of veganism

Contrary to popular belief, veganism doesn’t date back hundreds of years. in fact, veganism is relatively new as it only really came about in the 1940s. People began changing their eating habits by way of protest for how animals were treated during the food manufacturing process. In the 1960s, the Vegan Society was actually registered as a charity.

In 1979 however, the charity’s assets were moved to a new charity when it registered as a limited company. Over the years, the definition of what veganism really was would often be altered and tweaked, but the mission objective as a whole, remained the same. Nowadays, vegan living is very much here to stay, and it is growing in popularity by the day.

More and more franchises are adding vegan-friendly options to their menus. Mainstream fashion brands are creating their own vegan-friendly fashion lines, and vegan cafes, restaurants, and bars, are opening up all over the place.

Now that you know a little more about where veganism began, we can now look at several interesting facts that you probably didn’t know about veganism.

Though primarily we tend to focus on how vegans alter their diets to help save animals and end cruelty and exploitation, another surprising benefit of veganism is the fact that it saves food. You see, the animals that we slaughter and butcher for meat, obviously need to be fed.

They’re often over fed to fatten them up and get more meat from them. The grains that many of these animals are fed on could feed over 1.3 billion people for the entire year. The less animals we consume, the less grain they consume, which means that there’s more grains to go around.

These days you can’t read a newspaper or switch on the news without coming across a story talking about how pollution from cars and vehicles is responsible for climate change. The amount of pollution our cars produce however, is a mere drop in the ocean compared to the amount of methane cattle produce.

That’s right, the primary cause of climate change is methane produced by cattle reared for food consumption. Cattle are often overbred, deliberately, and as a result there is so much methane gas being produced by them that climate change is indeed apparently being set in motion. Not only that, but large areas of the Amazon have been deforested to make way for farmland to be used to raise cattle for meat.

In some parts of the world, draught is a very serious problem. There is simply not enough water to go around and as a result, people are dying of thirst and hunger. The hunger comes as a result of a lack of water to be used for growing crops. To produce just one pound of meat, it requires over 2,500 gallons of water. Now, to grow a pound of wheat, it requires just 25 gallons of water, which is quite the difference.

This statistic may sound low, but the numbers are increasing by the day. According to recent research, it is believed that around 2% of the entire western population is now following a vegan diet or lifestyle. In other parts of the world however, that number is even higher. In Israel for example, it is believed that more than 5% of the population now follows a vegan diet/lifestyle.

Veganism is good for your health

There are exceptions to the rule as it is possible to be vegan and eat junk food and gain weight. For most vegans that follow a plant-based diet complete with plenty of vegetables, fruits, nuts, seeds, and wholegrains, one of the perks of the diet is the fact that they’ll likely live longer than average.

Studies have found that vegans are likely to live around 4 years longer than average. Not only that, but there is also evidence to suggest that vegans are 30% less likely to suffer a stroke than somebody following a typical Western diet.

There’s no ifs or buts about it, Vegans help to save the lives of animals. In the United States alone for example, every single hour, around 500,000 animals are killed for their meat. It’s grim, it’s depressing, but it’s the truth. If fewer of us ate meat, there would be less demand for meat, and so fewer animals would die.

Not all vegan-friendly foods are marketed as such

Believe it or not, but there are some food manufacturers out there that, despite offering vegan-friendly foods, wish to distance themselves from the vegan label. Yep, it’s bizarre, but it’s true. A useful tip when shopping for vegan food is to look for food which is labelled as being cholesterol free. This is because cholesterol is derived from animal products.

Honey is controversial in the vegan world

If you want to spark up a fiery debate amongst vegans, simply get a group together and ask them whether they believe honey is vegan-friendly or not. Honey is sweet, it is a natural by-product of bees, it is very good for you, and bees are free to produce it naturally in the wild.

The main issue is that this honey has to be farmed by man, and some vegans argue that it is created via the exploitation of bees. Extreme vegan advocates believe that taking the honey is the equivalent of stealing from the bees themselves, and as a result, they want no part of it.

Other vegans however, consume honey on the premise that bees produce it naturally out in the wild, and are free to leave the hive at any time. Honey is therefore, a very hot topic in the world of veganism.

Okay, but what about vegan shoes!?